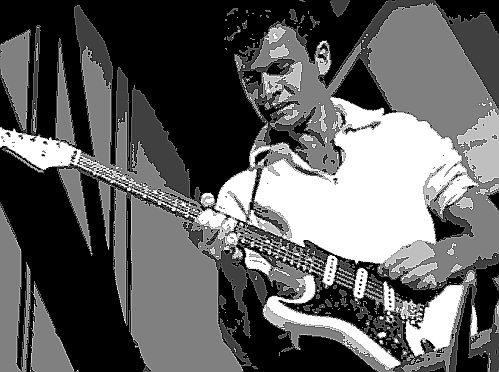 Richard Anthony Monsour (May 4, 1937 – March 16, 2019), known professionally as Dick Dale, was an American rock guitarist, known as The King of the Surf Guitar. He was a pioneer of surf music, drawing on Middle-Eastern music scales and experimenting with reverberation.